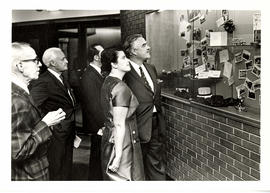 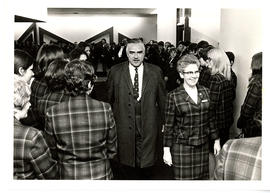 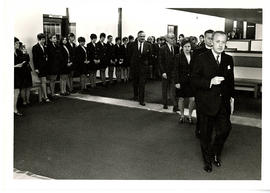 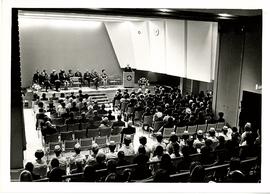 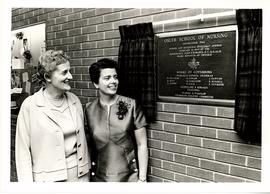 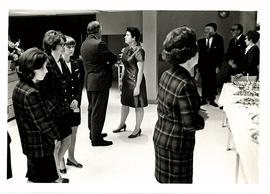 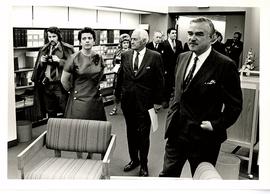 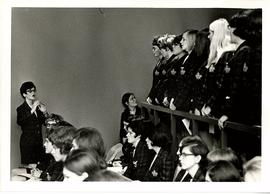 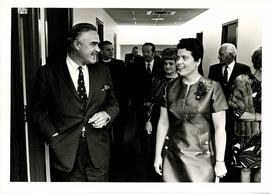 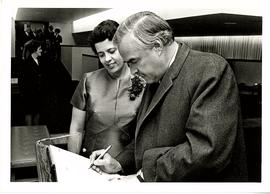 Title and statement of responsibility area

Photograph album from opening of Osler building and residence

Other title information of publisher's series

File consists of a photograph album from the opening of the new building and residence facility for the Osler School of Nursing. Many of the photographs feature Jackie Robarts and her cousin, then Premier of Ontario John Robarts, touring the facilities. The photographs also feature many unidentified students and faculty of the School. The photographs were originally housed in a photo album with organized with an inscription from Marion [Crane?]. The original album and inscription have been retained by the Archives.

Availability of other formats

Photographs were rehoused from the photograph album and rehoused for conservation purposes.

Dates of creation, revision and deletion